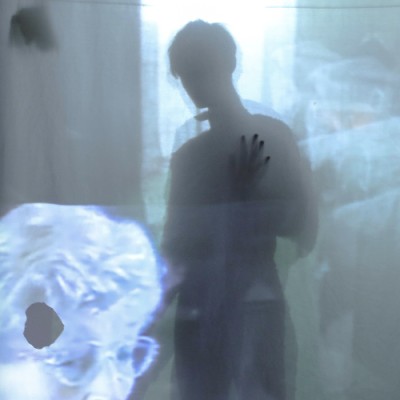 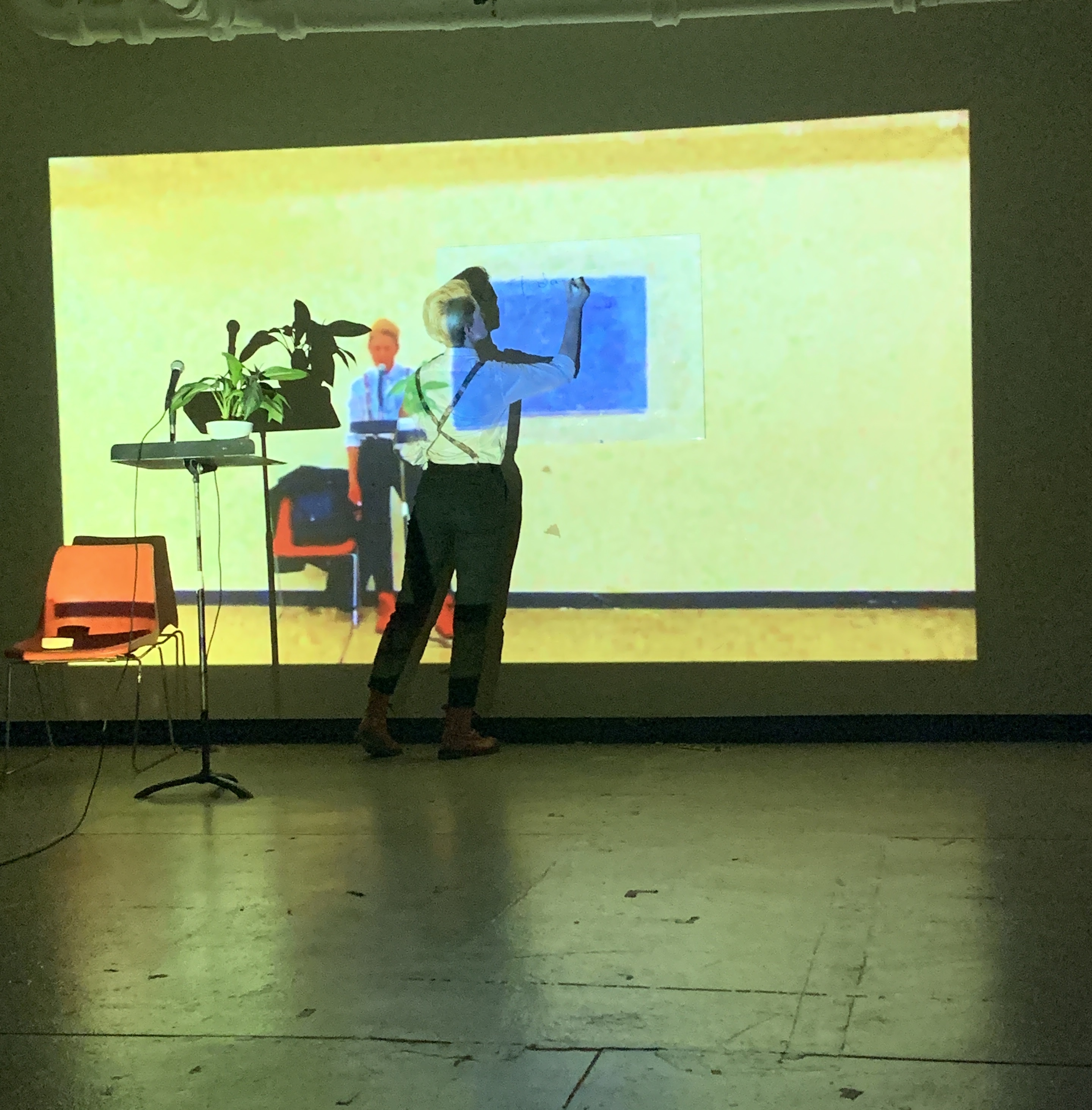 This piece features a pitch-shifted “vaping professor” drag version of myself giving a lecture on the topic of progress from Aristotle to Kuhn.

As the text became more and more… exciting… video projection appeared with a pre-recorded version of the same lecture, which was progressively modified through MaxMSP to distort, loop, and echo itself while I, as the live performer, became more and more animated.

Eventually I diverged from the projection in order to tend to a fallen potted plant. As the projected professor finished the lecture alone, I tried to scoop the spilled earth back into place.

A commentary on western progerss narratives and the masturbatory potential of endless theoretical debate, this variety show piece challenged the audience to address the here and now, the ever-present environmental crisis, and their relationship to their homes.

Read a draft of the loosely improvised script here